A Walkthrough the New Public Blockchain——Decred-Next

Abstract: the POW/POS hybrid consensus mechanism + EVM compatibility are the recipe for a prosperous ecosystem

While suffering from a loss of market interest, bear times are also perfect chances for premium projects to build up a new price support level, though probably lower than during bull runs. Bears are also periods when the next big things are ready to bring the market a new round of craze. When noise fades away, we can focus on exploring business cases that command more attention. After all, hundred-billion-dollar sectors such as Ethereum, Layer-2 and Defi were all born in bear markets. Therefore, we must pay the most attention to projects actively developing new technologies that promise to spike to a new high during the next bull run.

Every time after a bear run, a new public blockchain stands out. Not long ago, we found the once influential Decred community experienced a hark fork, following the change in its consensus subsidy split. Disgruntled with the change, many of its core community participants and developers who made tremendous contributions to DCR’s building, technological development and operations, decided to carry on with the project’s initial cause. On one hand, they felt sorry for the once spectacular project constantly going downhill. On the other hand, they still harbor the project’s original vision and mission. Therefore, people from across the world decided to start the next journey, by hark-forking Decred to create the Decred-Next(DCRN).

Decred-Next owns its successful kickstart as a new public blockchain to the following:

The consensus mechanism is one of the core competencies of new public blockchains. The PoW/PoS hybrid that Decred-Next inherited from Derced has stood the test of time and proved its safety and reliability, which gives it some edge vis-a-vis new public chains like Solana and Avalanche, popular for their consensus innovations.

Moreover, many new public chains usually adopt some variation of PoS, which is in itself a double-edged sword. PoS and PoS projects, e.g., failed projects like EOS, were once criticized by many as too “centralized”. Paradoxically, PoW is hard to scale. Many people thus want to get the best of both worlds. They want the efficiency of PoS, while not giving up the reliability of PoW.

According to the roadmap published by the Decred-Next community, the project plans to implement EVM, sharing, OmniLayer and other functions. In other words, on top of the guarantee from a robust consensus mechanism, it will pack more punch with EVM compatibility and such scaling solutions as sharding and layering.

It is fairly easy to understand compatibility with Ethereum. Many public chains have tried and failed to be an “Ethereum killer”. Such challengers have only made Ethereum stronger. Hence a wiser choice is to implement compatibility with the Ethereum ecosystem to achieve two-way bridges, attracting the treasure trove of Eth-based developers and users to build on DCRN, which will turbocharge the latter’s growth and road to success. Sharding and layering are just natural choices for scalability.

The goal of Decred was to become “a better digital gold” and it has indeed made some achievements with its hybrid consensus and governance innovations. Nevertheless, due to the solid consensus of Bitcoin, it was barely possible for Decred to challenge its status. The team and community thus entered a period of doldrums. By contrast, instead of confining itself to “digital gold”, Decred-Next will seek to become “digital oil” to bring to Web3 and Metaverse its infrastructure supported by a better consensus mechanism and more complete community governance.

How to participate: ultra-high PoS staking yield and PoW dividends

In less than 2 months after the hard fork, DCRN has completed the two milestones of reframing its tech roadmap and listing on exchanges, a testament to the strong execution of the team. Their new tech roadmap is solid, with sharding for efficiency improvement and EVM compatibility representing critical steps conducive to its growth as a public blockchain. The icing on the cake is that they have applied a predictable timetable for specific implementation. Better yet, the DCRN’s unique hybrid subsidy split gives users two ways of reaping high yields at extremely low costs.

You should be no stranger to POS staking. As a hard fork of DCR, DCRN inherited its hybrid subsidy split mechanism. In DCRN, miners bundle transactions to produce a block, which will then be validated and confirmed by 5 randomly generated tickets from the PoS staking pool. As DCRN is still new, almost all stakers come from the DCR community. With only a small number of stakers, DCRN offers 100x staking yields compared with DCR. In other words, stakers enjoy up to 1700% APY currently, or around 33% weekly return.

In addition to PoS staking, if you own a Blake256 mining machine or mined in DCR before, give yourself a round of applause! As DCRN receives more and more attention, DRCN miners will access the Antpool soon, representing another option other than the official mining pool. Currently, due to the indifference of the DCR team and overriding of the classic hybrid consensus model, DCR’s price has fallen to a level where miners are forced to shut down Blake256 to avoid losing money. The total computing power of DCR now hovers around 30% of its peak level. The listing of DCRN, however, allows Blake256 miners to regain confidence. In less than 1 month, DCRN’s computing power has grown from 0 to around 60P, or about 80% of DCR’s computing power, while yielding nearly 100x more gains to DCRN miners than those mining in DCR. We can thus conclude that PoW mining is another way of enjoying early-mover advantages.

For new asset types, wild price fluctuations are nothing but expectable. The blockchain technology is reshaping every aspect of people’s digital life. It helps developing countries to provide inclusive finance and fairness, stimulating innovations in finance and cryptography and catapulting the Internet industry into a new phase of decentralization. As investors and participants in the industry, we have a natural advantage to explore up-and-coming and special projects in the bear market to avail ourselves of the dividends of budding premium projects.

Yang Zhiyuan Was Arrested and Summoned to Review the Live Video 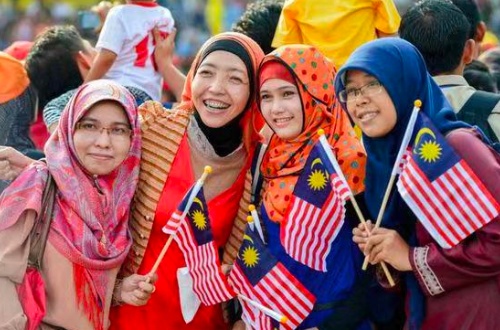 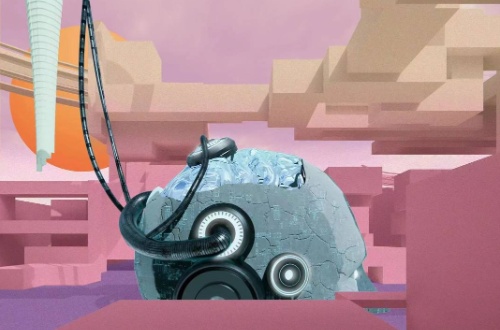